Right on schedule, Intel has launched its Xeon 5600 processors, codenamed "Westmere EP." The 5600 represents the 32nm sequel to the Xeon 5500 (Nehalem EP) for dual-socket servers. Intel is touting better performance and energy efficiency, along with new security features, as the big selling points of the new Xeons. 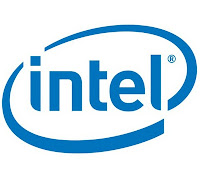 For the HPC crowd, the performance improvements are the big story. Thanks in large part to the 32nm transistor size, Intel was able to incorporate six cores and 12 MB of L3 cache on a single die -- a 50 percent increase compared to the Xeon 5500 parts. According to Intel, that translated into a 20 to 60 percent boost in application performance and 40 percent better performance per watt.

Using the high performance Linpack benchmark, Intel is reporting a 61 percent improvement for a 6-core 5600 compared its 4-core Xeon 5500 predecessor (146 gigaflops versus 91 gigaflops). You might be wondering how this was accomplished, given that the 5600 comes with only 50 percent more cores and cache. It turns out that Intel's comparison was based on its two top-of-the line Xeon chips from each processor family. The 146 gigaflops result was delivered by a X5680 processor, which runs a 3.33 GHz and has a TDP of 130 watts, while the 91 gigaflops mark was turned in by the X5570 processor, which runs at 2.93 GHz and has a TDP of 95 watts. Correcting for clock speed, the 5600 Linpack would be something closer to 128 gigaflops, representing a still-respectable 41 percent boost. 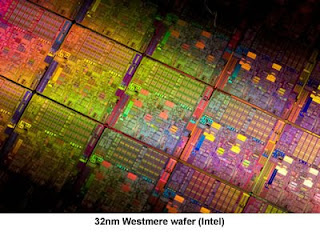 Intel is also offering low-power 40 and 60 watt versions of the 5600 alongside the mainstream 80, 95, and 130 watt offerings. These low-power versions would be especially useful where energy consumption, rather than performance, is the driving factor. For example, a 60 watt L5640 matches the raw performance of a 95 watt X5570, potentially saving 30 percent in power consumption. Intel is even offering a 30 watt L3406, aimed at the single-processor microserver segment. Other power-saving goodies that come with the 5600 include a more efficient Turbo Boost and memory power management facility, automated low power states for six cores, and support for lower power DDR3 memory.

The Xeon 5600 parts are socket-compatible with the 5500 processors and can use the same chipsets, making a smooth upgrade path for system OEMs. Like their 5500 predecessors, the 5600s support DDR3 memory to the tune of three memory channels per socket. Practically speaking, that means two cores share a memory channel when all six cores are running full blast.

The enterprise market will be pleased by the new on-chip security features in the 5600 architecture. First, there is the new AES instructions for accelerating database encryption, whole disk encryption and secure internet transactions. The 5600 also offers what Intel is calling Trusted Execution Technology (TXT). TXT can be used to prevent the insertion of malicious VM software at bootup in a virtualized cloud computing environment. 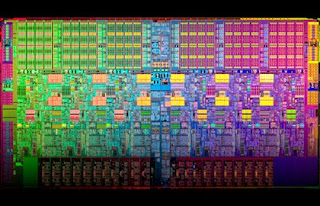 Although the 5600 family will bring Intel into the mainstream six-core server market, the company is offering new four-core parts as well. In fact, the fastest clock is owned by the X5677, a quad-core processor that tops out at 3.46 GHz. These top-of-the-line four-core versions might find a happy home with many HPC users, in particular where single-threaded application performance is paramount. This would be especially true for workloads that tend to be memory-bound, since in this case more cores might actually drag down performance by incurring processing overhead while waiting for a memory channel to open up.

Intel's marketing strategy for the Xeon 5600 is not that different from its 5500 sales pitch: improved processor efficiencies generate quick payback on the investment. For the 5600, the claim is that you can replace 15 racks of single-core Xeons with a single rack of the new chips, that is, as long as you don't need any more performance. Intel is touting a five-month payback for this performance-neutral upgrade.

On the other hand, if you need 15 times the performance, you can do a 1:1 replacement of your single-core servers and still realize about eight percent in energy savings. But since software support and server warranty costs dominate maintenance expenses, any energy savings might get swallowed up by these other costs.
Intel says it is keeping the prices on the 5600 processors in line with the Xeon 5500s, although the new processor series spans a wider range of offerings. At the low end, you have the L3406, a 30 watt 2.26 GHz part with four cores just 4 MB of L3. It goes for just $189. At the top end are the six-core X5680 and the four-core X5677, both of which are offered at $1,663. Prices quoted are in quantities of 1,000.

In conjunction with Intel's launch, a number of HPC OEMs are also announcing new systems based on the Xeon 5600 series. For example, Cray announced its CX1 line of deskside machines will now come with the new chips. SGI is also incorporating the new Xeons into its portfolio, including the Altix ICE clusters, the InfiniteStorage servers, and the Octane III personal super. SGI will also use the new chips in its just-announced Origin 400 workgroup blade solution. IBM, HP and Dell are likewise rolling out new x86 servers based on the 5600 processors.

AMD is looking to trump Intel's latest Xeon offerings with its new Magny-Cours 6100 series Opteron processors, which are set to launch at the end of the month. The new Opterons come in 8- and 12-core flavors and are debuting alongside AMD's new G34 chipset. Although the Opterons lack the HyperThreading technology of the Xeons, the additional physical cores and fourth memory channel should make up for this. Also unlike the 5600 architecture, the Opteron 6100 support both 2-socket and 4-socket systems, giving server makers additional design flexibility. In any case, the x86 rivalry is quickly heating up as the two chipmakers battle for market share in 2010.

(This article sourced from the HPC Wire and original text can be found their web pages)
- March 16, 2010