The XtreemOS consortium is pleased to announce the release of XtreemOS 2.1.
This update release will include: 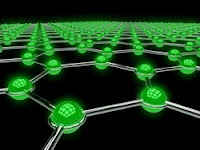 This makes it possible to launch jobs and interact with XtreemOS resources via a special client with a simple single signon.
Downloading
An updated list of Mandriva Mirrors can be found at http://api.mandriva.com/mirrors/list.php and http://twiki.mdklinuxfaq.org/en/Mandriva_mirrors.
The ISO files for XtreemOS releases are in the folder /devel/xtreemos/iso/2.1
Changes
This release has concentrated strictly on bug-fixes and polishing. You can find the change log at http://sourceforge.net/apps/mantisbt/xtreemos/roadmap_page.php.
All users are encouraged to test the new ISO and report any issues to our bug tracker at http://sourceforge.net/apps/mantisbt/xtreemos/main_page.php.

About XtreemOS
XtreemOS 2.1 is the result of an ongoing project with 18 academic and industrial partners into the design and implementation of an open source grid operating system including native support for virtual organizations (VO) ease of use. XtreemOS is running on a wide range of hardware ranging from smartphones, PCs and Linux clusters.

A set of system services, extending those found in traditional Linux, provides users with all the grid capabilities associated with current grid middleware, but fully integrated into the OS. Based on Linux, XtreemOS provides distributed support for VOs spanning across many machines and sites along with appropriate interfaces for grid OS services.

When installed on a participating machine, the XtreemOS system provides for the grid what an operating system offers for a single computer: abstraction from the hardware and secure resource sharing between different users. XtreemOS provides for users, the vision of a large powerful single workstation environment, but removing the complex resource management issues of a grid environment.
- March 24, 2010